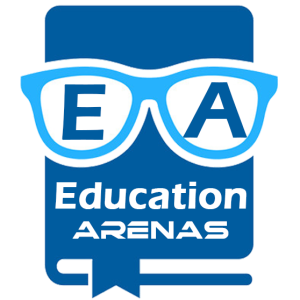 What are Iridescent Mosaic Tiles?

Iridescent mosaic tiles are a type of tile that is made with an iridescent film or coating. This gives the tile a unique, shimmering appearance that can add a touch of luxury to any space.

Iridescent mosaic tiles are often used in bathrooms and kitchens, as they can add a beautiful backsplash or accent wall. They can also be used in other home areas, such as living rooms and bedrooms.

If you’re looking for a way to add personality and pizzazz to your home, iridescent mosaic tiles are a great option. Keep reading to see some of the most beautiful examples on the market.

The History behind Iridescent Tiles

Iridescent tiles have been used in architecture and interior design for centuries. The word “iridescent” comes from the Latin word “iris,” meaning rainbow. These tiles get their name and appearance from how they reflect light.

The first recorded use of iridescent tiles was in Mesopotamia, around 3000 BCE. They were used to decorate royal palaces and temples. In the 8th century CE, iridescent tiles were popular in Moorish architecture and can be seen in the Alhambra palace in Granada, Spain.

During the Renaissance, Italian artisans began making iridescent glass mosaics. These were used to decorate churches and other public buildings. The Venetian glass mosaic technique, called smalto a file Doro, reached its peak popularity in the 17th century.

In the 19th century, iridescent tile production increased due to advances in manufacturing techniques. New methods made it possible to mass-produce these beautiful tiles at a fraction of the cost of earlier hand-crafted examples. Today, iridescent mosaic tiles are more popular than ever before!

How to Install Iridescent Tiles

Installing iridescent tiles is a relatively straightforward process that can be completed in a few hours. Here are the steps you need to take:

1. Choose the location for your iridescent tiles. They will look best in areas where they receive direct sunlight, such as a kitchen backsplash or bathroom shower.

2. Clean the surface where you will be installing the tiles. Make sure it is free of dust, dirt, and debris.

3. Apply a layer of tile adhesive to the surface using a notched trowel.

4. Place the iridescent tiles onto the adhesive, starting at one corner and working your way out. Press each tile firmly into place.

5. Use a damp sponge to remove any excess adhesive from the surface of the tiles.

6. Allow the adhesive to dry for 24 hours before grouting the joints between the tiles.

Where to Buy Iridescent Tiles

There are many places to buy iridescent tiles, but not all offer the same selection or quality. For the best results, shopping around and comparing your options before making a purchase is essential.

One great option for buying iridescent tiles is online. Many websites sell these tiles, and you can often find good deals by shopping around. Another advantage of shopping online is that you can see a wide variety of designs and colors, so you’re sure to find something that suits your needs.

If you’d prefer to see the tiles in person before you buy them, you can also check out your local home improvement store. Many stores carry a small selection of iridescent tiles, and you can get an idea of what they look like in person. However, keep in mind that the selection may be limited, so it’s always a good idea to shop around before making your final decision.

There are many ways to make a space more beautiful, but one of the most effective is to install iridescent mosaic tiles. These tiles reflect light in a way that creates an otherworldly effect, making them perfect for use in areas where you want to add a touch of luxury or whimsy.

Here are some of the most beautiful examples of iridescent mosaic tiles on the market: